Telling a story about the early coronavirus epidemic

Telling a story about the Coronavirus epidemic. 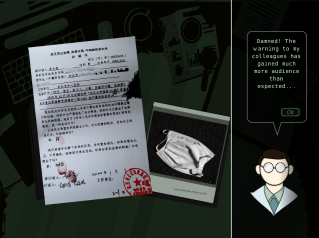 The actual police letter requiring Li Wenliang, one of the early whistleblower, to stop spreading "rumors" about the virus

The idea of Jiayou MemoVirus emerged  the first Sunday of February (02/02/2020) : The Coronavirus epidemic was starting to be a thing in the media.

The concept of a memory-infection game

And I already was fascinated with the contagion depiction in games. Between 2010 and 2012, I had hacked a few zombies games and simulations ( see links below ), and since then rarely got, what I was looking for in such games.

So on that Sunday, I was lazily wondering if it was not the good occasion to dust off my old concepts, but without the hassle of complicated simulations. And suddenly, the idea of mixing a memory game  and infection felt natural: there was a lot in common between the guess work in the memory game, and finding contagious people during their incubation time.

So I quickly hacked a prototype, sent it to Rature, who (half ) loved it, and we decided to create a game together. Ensued tens of prototypes ! (More on those later ;-)

The desire to tell a story

While doing our research, I was captivated with the way the infection unfolded : the  announcement of Wuhan quarantine, followed by the surreal tales from its inhabitants, the evacuation of european and american nationals, and the apprehension their return caused in their countries. I felt sad too of the countless jokes and protective reaction against any chinese-looking people, and wondered how I could contribute to that new #IAmNotAVirus meme. 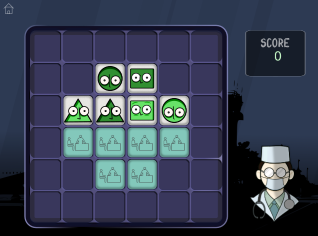 "They all look the same", a level about ordinary racism and prejudice throughout the world against chinese-looking poeple, in the early days of the epidemic

The most striking moment in those reseach was discovering those videos of Wuhan inhabitants, shouting "Jiayou" ("Keep going") at their balconies. Every one was alone, confined in its appartment, yet very close from each other, and still had the desire to move forward as a group!

There was a story to be told !

When Li Wenliang died (one of first doctors who witnessed the virus, warned its colleagues but also has problems with the police) it was obvious that he HAD to be the main character... No one, no fate could be more iconic of the dantesque struggle against the epidemic ! 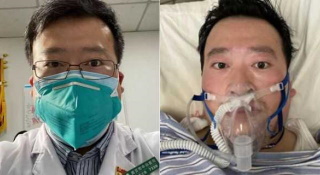 So, if you are now curious about the story, I encourage you to play Jiayou MemoVirus ! ;-)